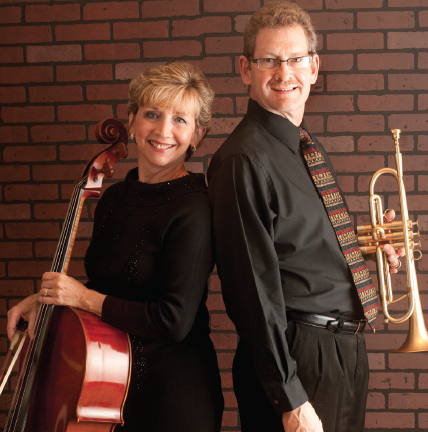 IF MELALEUCA WAS MUSIC, it could be said that Kathy Birch has been building a 20-year-long symphony that, for some time, was a slow, sweet adagio, and is now speeding up with the strength of a multiple-advancement, allegrissimo grand finale. But her business is far from reaching its finale. It has been reborn and tuned into a much more energetic, brighter melody.

“Something about approaching my 20-year anniversary with Melaleuca made me think, ‘Now is the time—it’s now or never,’” Kathy says. “So I kicked it into gear and worked really, really hard during the summer. And here I am; I can’t believe it!”

In 1992, Kathy and Robert fell into the business as they fell in love with Melaleuca products. Though a little skeptical at first, they experienced remarkable health benefits and found themselves telling friends how great Melaleuca products are.

“I realized I had something I could use to really help people, create an additional income and be home with our three girls,” she recalls. “And within four months, we put our daughters into private Christian education, which was very important to us but unaffordable before. At that point I knew I had something very powerful.”

With Robert’s support, Kathy built her business little by little until she reached Senior Director. At that point, she decided to put her business on the back burner for nearly 12 years while she taught band, choir and general music at a Christian school.

“I put my business on hold because I felt God was leading me to teach music,” she says. “But my Melaleuca checks kept coming in—it was amazing!”

The financial stability Melaleuca provided allowed Kathy and Robert to pursue successful music careers. Then, after Kathy retired from teaching last May, it was time to earnestly build her Melaleuca business once again. As a result, she advanced from Senior Director III to Executive Director in seven months and received monthly checks for $12,866 and $16,497 along the way.

“The income we’ve received all these years gave us choices,” she says. “The whole time, Bob and I have been able to play music and make a very good living because our Melaleuca check paid the mortgage and much more. It allowed us to put our kids into private school and send them to college. It brought in that extra income that allowed us to have the kind of life we really want to have.”

• Kathy has played cello for many artists, including Enya, James Taylor, Kenny Chesney and Martina McBride.

• Robert is a world-class trumpet player. He’s performed with the Boston Pops Orchestra and for four sitting U.S. presidents as well as numerous foreign heads of state. 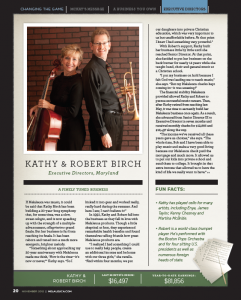